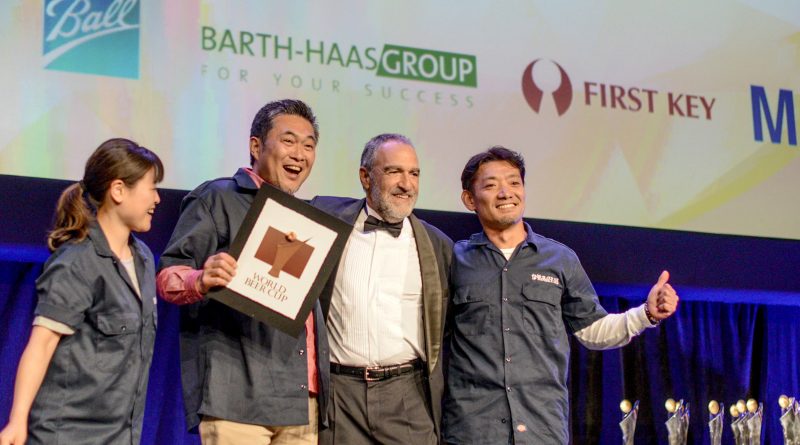 In soccer (or futbol if you’d rather) the World Cup is held every four years and features teams of elite players from select countries vying to win it all. The World Beer Cup (WBC) is no different – well, except it’s held every two years and features breweries from around the globe that given the fierce yet friendly competition proudly promote any top finish.

The results of the next WBC, which is run by the Brewers Association, will be announced May 3 in conjunction with the Craft Brewers Conference in Nashville. Sponsors include Krones, Barth-Haas, First Key Consulting, Microstar, Sahm and Siemens. We spoke with Chris Swersey, who manages the competition for the BA, to learn a little more. Here are five notable nuggets we took away.

1. Uniting the nations. Often referred to as the “Olympics of beer”, the WBC has attracted entries from more than 60 countries this year. A few countries represented in 2018 that weren’t part of the last Cup include Armenia, Croatia, Kazakhstan, Singapore and Sri Lanka.

3.  It’s hard work to run the World…Beer Cup. A staff of more than 350 – not including judges – help sort, label and distribute the entries and then tally the results. Chris, who has managed the competition since 2002, said the hardest part has been managing the WBC’s explosive growth over that time.

4. Here come da judge(s). Recruiting highly-qualified new judges remains one of the biggest challenges. Nearly 300 judges will sample and score this year’s entries, and Chris is already hard at work finding judges for the 2022 competition. He starts years in advance because he tries to make a personal connection with each beer judge to ensure the right fit.

5. We are the champions. The WBC helps to promote brewing excellence and create greater awareness about the more than 100 beer styles being offered today. As a result, more brewers are recognized for the distinctive products they are serving, which, in the end, benefits all beer drinkers.