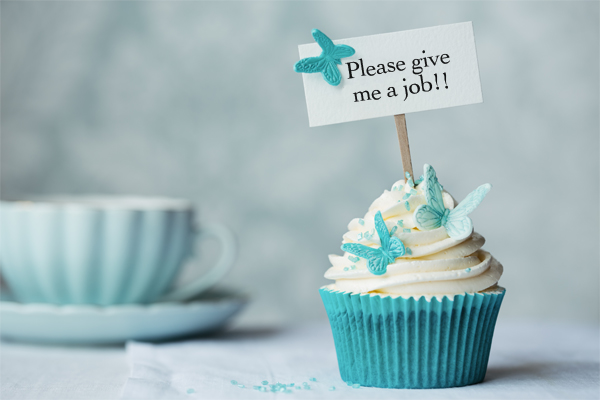 Unless you’re incredibly lucky, job-hunting can sometimes feel as though you’re only one face in a seething crowd. Even given the brewing industry’s excellent job market, standing out enough to catch a brewery’s attention can feel like an impossible task.

Gimmicks — that is, unusual or surprising tricks which aren’t usually part of the job-hunting process — seem to offer a unique way to draw attention to yourself. Whether or not they have anything to do with your talents, they promise to at least ensure that hiring managers remember your name.

Of course, there is such a thing as bad press when job-hunting. Do gimmicks ever work? Do they only offer the opportunity to make yourself seem unprofessional, or are any worth the effort?

The short answer to these questions is “no”. Even in the more laid-back brewing industry, a professional approach is the most likely to win you a job offer.

Think of job-hunting as trying to sell your potential employer on a product you believe in: yourself, as their employee. The cost is high, but so are the potential benefits, so consider your employment as a necessary luxury for them.

If you were deciding between two luxury options in your own life, which would you pick?

For most people, the first option is far more appealing, even in their private lives. For a brewery, gimmicky stunts offer them no information about who you are as an employee — only that you have a poor grasp of how the hiring process usually works.

It may make you hard to forget, but for all the wrong reasons. It’s a bad sales pitch.

Some gimmicks promise to be relevant to the job in question. Instead of offering baked goods or strange gifts, they claim to be useful, memorable additions to the hiring process. These can include:

In theory, some of these gimmicks have merit. After all, there’s no reason to stick with “what’s done” when there are possibly useful new ways to learn more about a candidate.

Unfortunately, the majority of “relevant” gimmicks are still a bad idea.

The interview and hiring process is complex. Those in charge of hiring look for specific features in resumes, choose their interview questions carefully, watch the clock during interviews, and often involve several people in when making a final decision.

Even if you’re offering useful information, interrupting this process is likely to be frustrating — even annoying — for the people you want to impress.

In the case of an unusual resume type, you run the risk of leaving off the information they’re expecting and therefore may require. “Creative” follow-ups and additions to interviews are particularly notorious for being superfluous and irritating; if you have your heart set on trying something new in an interview setting, be sure to carefully and professionally bring it up in advance.

Here’s the secret to job-hunting: you’re not just a face in the crowd.

A successful brewery is built from a successful team, and the ideal candidate is unlikely to be missed because someone forgot to read their resume. Your resume — and your cover letter — are your key to an interview. If you haven’t had much luck in finding interviews, there are three options:

Gimmicks do not solve any of these problems. In the latter two cases, they can make the situation worse. The same applies to interviewing: if you interview well but don’t receive job offers, it’s not because you’re missing a gimmick.

Keeping your morale up while job-hunting can be a struggle, and it’s tempting to believe that “one weird trick” is all it takes to land your dream job in the brewing industry. Fortunately, you don’t have to worry about those weird tricks. It may take time, but you’ll find the right role for you, and you won’t have to bake cookies to do earn it.