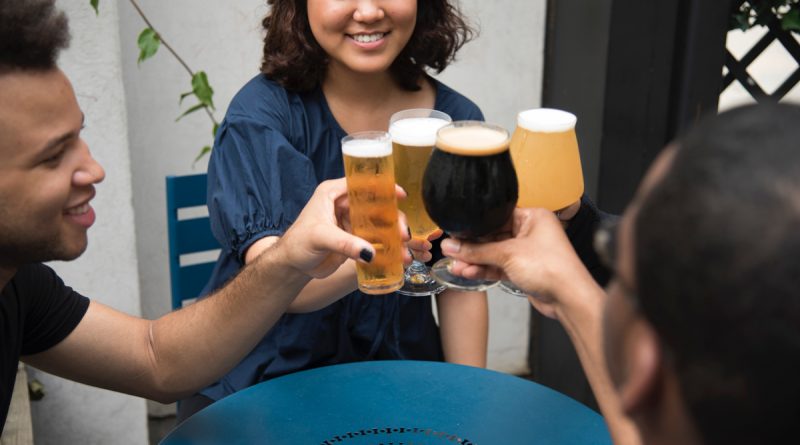 We are all aware that the popular public image of a craft beer brewer — there is usually a beard involved — is a stereotype well past its expiry date. In the year since J. Nikol Jackson-Beckham was named Diversity Ambassador at the Brewers Association, interest in diversifying the brewing industry has skyrocketed.

Across the industry, brewers are realizing the importance of diversifying both who works with them and who purchases their beer.

To help turn this goal into a reality, we’ve put together a short guide to the current state of diversity in brewing as well as eight steps you can take in your own brewery.

Statistics on industry diversity are hard to come by, but common consensus is that the number of women (29% of the brewing workforce as of 2014) and people of color remains low. This may be holding the industry back, as increased diversity is known to drive innovation and success. And the more ways in which your brewery is diverse, the more you could be benefiting.

In most cases, there is more information on beer consumers rather than people in the industry.

For example, we know that about women make up about 31.5% of craft beer drinkers, while men take over with a 68.5% share. (This trend is not true across the country, as women make up a small majority places like Portland, Oregon.)

Racial diversity is even more lacking. Non-Hispanic white people are 85.5% of the audience for craft beer, with people of color making up the remaining 14.5%. Although these numbers are up from previous statistics, it is clear that the brewing industry is missing a significant potential market.

The Importance of Seeing Yourself

Grace Weitz, founder of the Beers With(out) Beards festival, believes the stereotype of craft brewers — that white guy with a beard — is one factor interfering with women in craft brewing:

“People’s perceptions of how a brewer should look set women back a few feet. Let me be clear, everyone puts hard work into this industry – both male and female brewers –  but out front in the public eye, women need to exert twice the amount of effort to establish themselves.”

This is also true for people of color, particularly women of color, who are not seen by the average person as belonging to the craft brewing community. In an interview with Weitz, Jackson-Beckham had this to say:

“There are lots of ways, some intentional but I suspect mostly unintentional, that one can communicate to someone else, “I don’t think that you belong in this community.” That isn’t the same as saying, “I don’t want you to be part of this community.” But it is extremely important to recognize that the outcomes of both of those messages are often the same.”

Until diversity increases within the industry, making women and people of color a visible presence and supporting their work is one way to counteract the vicious cycle of white, male uniformity. As hiring diversifies in the brewery and taproom, the customers will diversify as well.

However, in a different interview Jackson-Beckham cautioned against focusing too much on “distracting optics” like packaging art. While these controversies may raise awareness, the important thing to focus on is creating real opportunities for growth,

What Is Being Done?

The industry is making slow but welcome steps towards change.

In addition to creating the role of diversity ambassador and hiring Jackson-Beckham, the Brewers Association has recently  launched a grant program to support “events that increase access and awareness of craft beer to new demographics.”

As a 2017 study indicated that 54% of Hispanic millennials would be more interested in craft beer if they knew more about it, these events could make a difference in broadening the market.

Elsewhere, festivals like Beer With(out) Beards, FeMale Brewfest and Fresh Fest are opening doors to encourage a more diverse industry with more varied customers. This support is echoed in strong local communities like D.C. and Atlanta.

Steps To Diversifying Your Brewery

1. Diversity is not a separate problem. Barriers to diversity occur within all parts of the industry, and the only way to improve this is to look deeper than just avoiding obviously racist, homophobic, or sexist actions.

2. Follow best practices for diversity. While governmental best practices are generalized, they can still be helpful. On the other hand, the new Brewers Association guidelines are more tailored to the industry’s needs.

3. Listen to people from marginalized groups. There are a lot of people talking about diversity. Whenever possible, give the microphone to women and people of color, then listen. When in doubt, ask.

4. Go beyond the superficial. In the Strategies for Success issue of The New Brewer magazine, Jackson-Beckham cautions not to “mistake friendliness for inclusivity.” Rather than directly targeting marginalized groups, it is better to focus on removing barriers to entering the industry and community.

5. Be clear about your commitment. In other industries, the businesses with the most diversity have reached their goals by making diversity a priority. Not only that, but they have been outspoken from the top down about this level of importance.

6. Hiring is only one part of creating inclusivity. Every part of the employee experience is interconnected, and hiring a diverse set of employees matters little if the framework of your brewery hinges on the white male experience.

7. Make goals. As ever, it is challenging to improve what you can’t track. Utilizing SMART goals for diversity will have the double impact of turning a nice thought into concrete, actionable goals, as well as creating a road map for you to accomplish those goals.

8. Recognize the benefits of diversity and look at diversifying as an opportunity, not a problem. We’ll finish with another quote from Jackson-Beckham:

“[What] if, instead of asking, “who isn’t at the table and whose fault is that?” we ask, “what might we accomplish if more people were at the table?” You start to see the potential. A broader talent pool with new perspectives; new chances to collaborate in the kettle, in the taproom, and in the community; new markets and increased revenues; deeper and more authentic community engagement; alignment of business practices and professional ethics; visibility for overlooked colleagues in the industry; a general broadening of our assumptions about craft beer, the people who make it, and the people who enjoy drinking it, and the list goes on and on.”