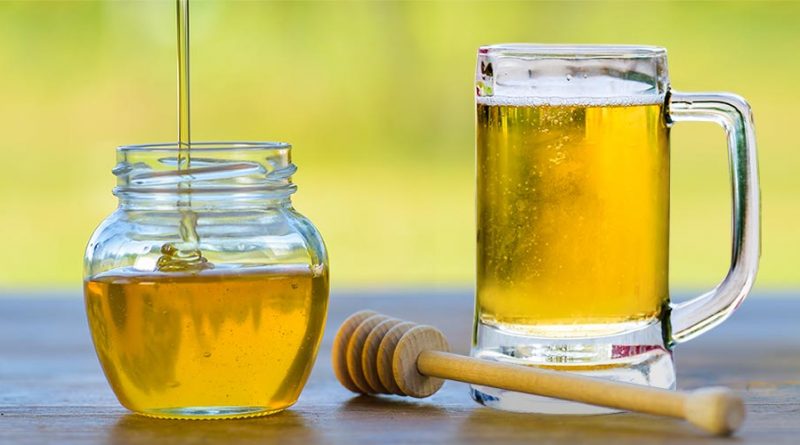 As more travelers catch the craft beer buzz, a small but growing number of hotel chains are making attempts to partner with their local breweries. In the case of Marriott, a major chain at the forefront of this trend, this means collaborating with as many independent breweries as possible to create limited edition beers, based on one key ingredient: honey.

More specifically, honey that comes from bee farms on Marriott’s own properties—several Marriott locations, as it turns out, are beekeepers, and in the case of several craft beer partnerships, the honey comes right from the rooftop by way of “urban beekeeping.”

Note: In 2014, Chicago Marriott and Brickstone Brewery collaborated on Roof Top Honey Wheat Beer. In 2016, the JW Marriott Grande Lakes hotel in Orlando, Florida, which has its own farm and brewery (Whisper Creek Farm and Whisper Creek Brewery), created Surplus Honey Citrus Ale, brewed with surplus honey from the farm, grapefruit zest, and orange zest. This beer was brewed and bottled by Florida Brewing Co.

Most recently, in December 2017, Marriott Marquis San Diego Marina partnered with Thorn Brewing Co. to create Honey I Drank the Kids, a limited-edition winter “San Diego Extra Pale Ale” with honey. According to Marriott, the process started in 2015 when the hotel implemented urban beekeeping to reduce the property’s carbon footprint, with the added bonus of producing their own honey. The Marina Kitchen team worked with Thorn founding brewer, Eric O’Connor, with the end result offering “the comfort of warming up to a lemon honey tea in the form of a cold, hop-forward ale,” Honey I Drank the Kids! Will be available at the Marina Kitchen restaurant as well as Thorn Street Brewing’s North Park location.

Pizza Port Brewing Co. To Bee or Not to Be

The popular Pizza Port Brewing, which currently operates five locations in Southern California (Solana Beach, two in Carlsbad, Ocean Beach and San Clemente), teamed up with Marriott Marquis San Diego’s Marina Kitchen to create To Bee or Not to Be, a name that was chosen by the public through a social media campaign run by Marriott. Pizza Port head brewer, Matt Palmer and Marina Kitchen sommelier, Michael Pickering called their version a “honey lemon golden ale,” using honey from the hives, local lemons and pale malt. This one was released in March of last year, served at Marina Kitchen as well as all Pizza Port locations.

Stone, ever the rebel, brewed a lager for their Marriott collaboration (rather than the requisite honey ale). Black Hive Lager, an easy-drinking Schwarzbier, was released in November 2016, brewed with wildflower honey from the Marriott Marina rooftop. It was reportedly “easy and balanced.” (Stone is no stranger to hospitality—the multi-location brewery, with brewpubs around the world, plans to debut a $26 million, 100,000 square foot hotel, the Stone Hotel, in Escondido this year.)

“Being actively involved in urban beekeeping and the re-colonization of docile honey bees, paired with our passion for craft beer and desire to offer local, organic and sustainable menu offerings, led us to produce a craft beer made with the honey from our own bees,” said Steve Pagano, Marriott Marquis and Marina hotel manager, quoted in September 2015. “When selecting a brewery to collaborate with, it was important that they were advocates for the consumption of local products, and this shared vision is what made Monkey Paw Pub & Brewery a natural fit.”