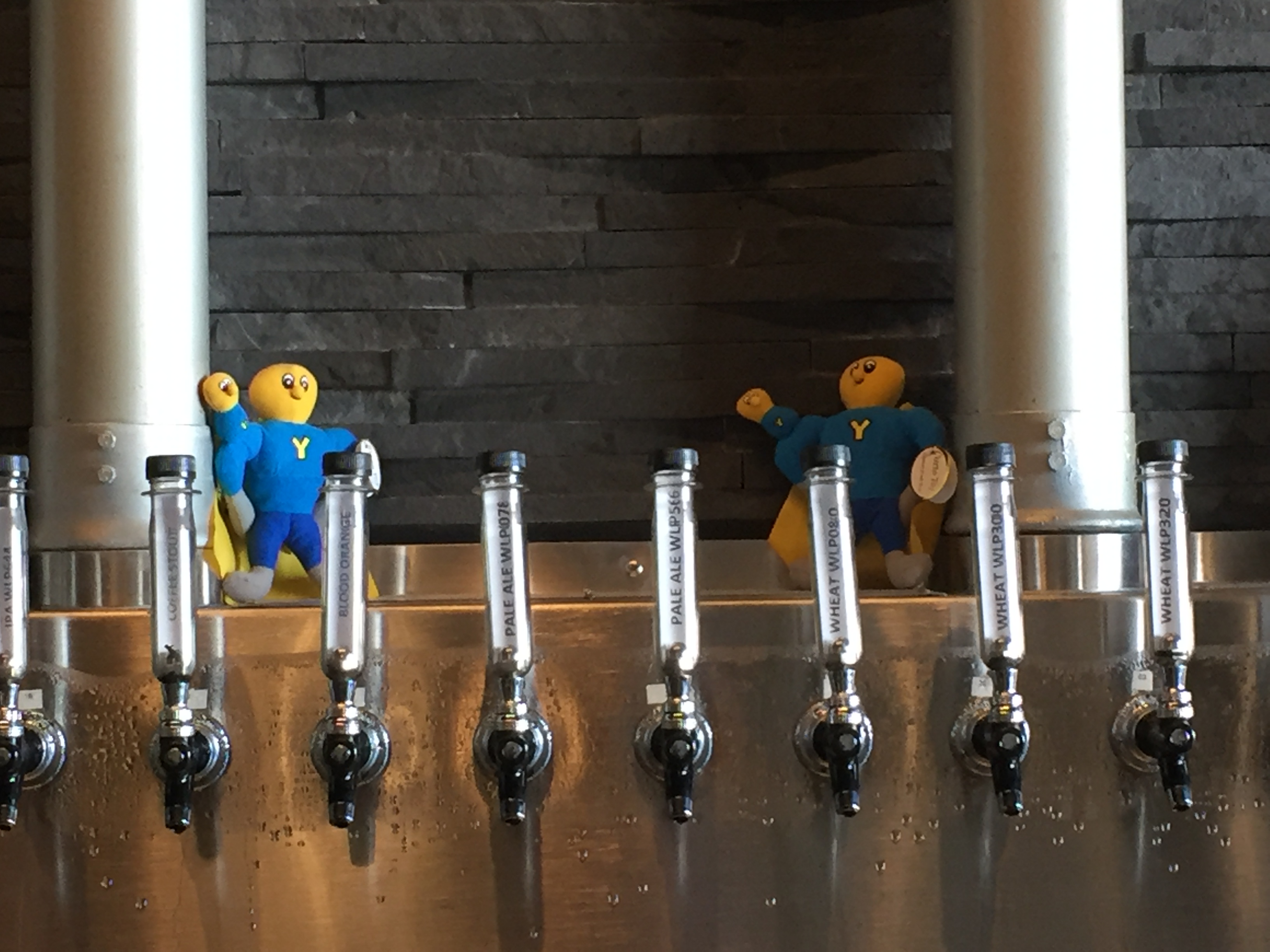 In a recent visit to White Labs in San Diego, we had the pleasure of touring the non-confidential areas and finding out more about their Yeast Vault. If you have the opportunity to visit White Labs, their tasting room pours multiple styles of beer made with different yeast strains. It’s a great way to see how yeast impacts the flavour profile of a beer.

The Yeast Vault is a unique and cool idea. How did it come about?

The Vault was developed as a way to release new, specialty strains to the public. We felt this would be a great venue for homebrewers to tell White Labs what should be made based on their preorders.

With respect to the Yeast Vault, how many strains are in the vault at any given time?

Our current lineup in The Vault includes roughly 20 different strains, but we look forward to continually adding new strains down the road.

What countries have you harvested yeast from?

For the past more than 22 years, we’ve been harvesting yeast from many countries around the world. Most of these were done during our CEO & Founder Chris White’s early days traveling around the world. A majority of the new strains we’re collecting are wild yeast, typically used for alternative fermentations or proprietary projects sent to us by customers.

Assuming you have some wild yeast in the Vault, what method(s) do you use for harvesting?

Harvesting wild yeast from nature isn’t as easy as it seems. You need to collect it via wort or some other type of medium, preferably in an area with some type of flora. Then, you will need to determine if it’s something that ferments maltose and will produce enjoyable flavors. Properly identifying the flavor production is the most difficult part.

How does it work – do you have a relatively small sample of the strain and then propagate the yeast when you have enough orders?

All White Labs yeast cultures are stored via ampules in a -80C freezer. When strains from The Vault hit 250 orders, we will begin our propagation process, which typically takes 10-17 days to complete.

Once the Yeast Vault is open and 250 orders released, do you retire that strain?

No, when a strain is a big hit, we re-add it to The Vault.

Can you give a couple of examples of some cool yeast strains you’ve collected?

Although we didn’t collect it, one of the coolest strain we’ve been able to work with is a Saccharomyces eubayunus strain. It’s been thought to be one of the original species that hybridized with ale yeast to form our current lager strains. The flavors it produces are very unique, and it’s like brewing with a little piece of history.

What’s been a popular Vault strain?

WLP611 New Nordic Yeast Blend has been one of our most popular strains from The Vault. It was isolated from spontaneously fermented apples on a remote island off the coast of Denmark in the fall of 2009. This specific culture is a unique blend of three yeast strains, two of which belong to the Saccharomyces cerevisiae family and one to Torulaspora delbrueckii.

Has the reception from commercial and home brewers been positive?

Homebrewers have definitely been excited to see some new and unique strains from White Labs. Since we haven’t really had a lot of opportunities to release these strains in the past, The Vault has evolved into our specialty line of yeast for homebrewers.

And there you have it. Wild yeast strains and other unique cultures will be making their way into homebrew and perhaps, commercial beers.