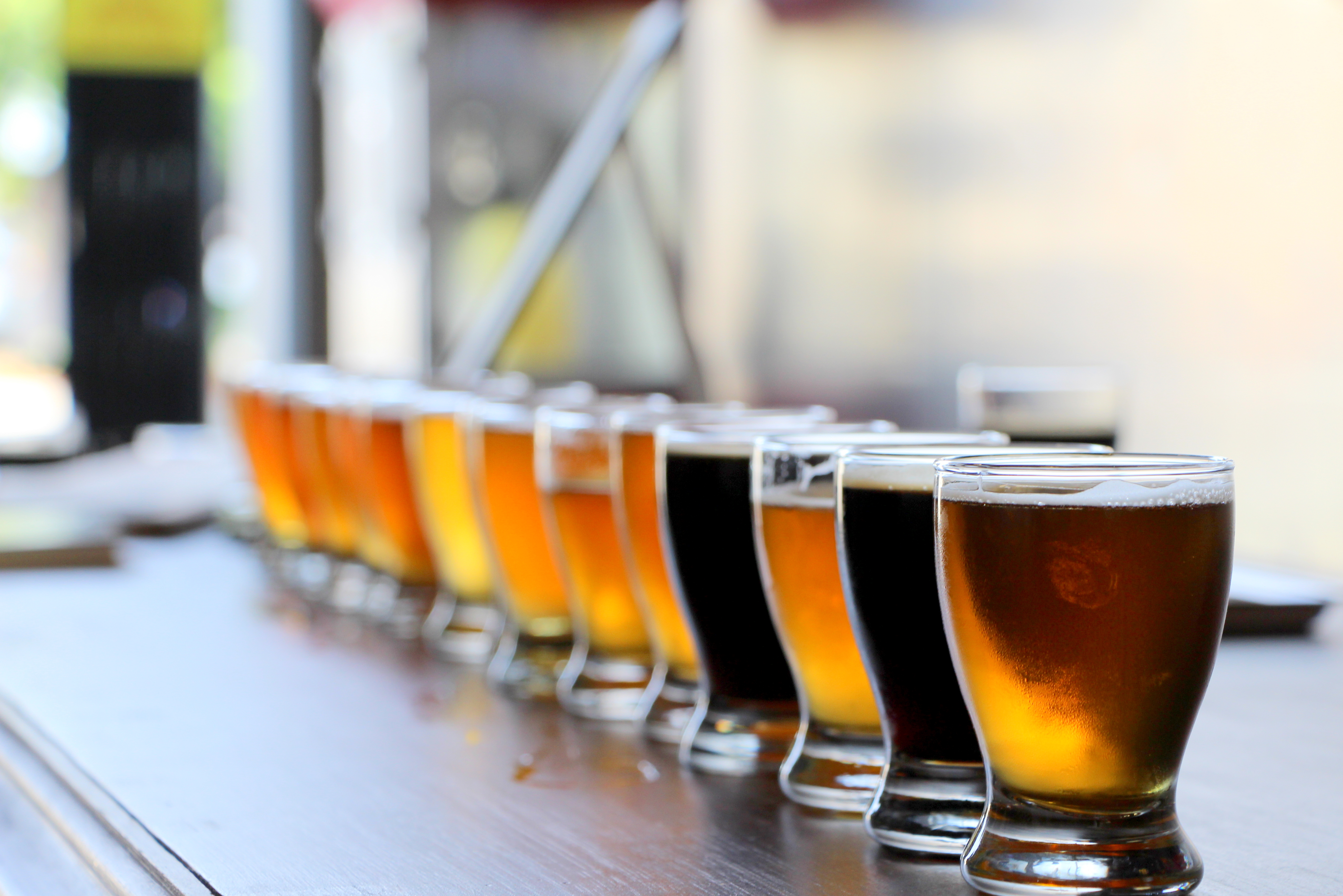 The wine industry and its consumers have had sensory tools and educational courses for decades. Now the beer industry is catching up with Cicerone™ and BJCP training/certification and their respective study materials and courses, For the beer drinker who doesn’t aspire to become a Cicerone™ or judge, these individuals are searching for tools to help them understand and better appreciate the beer tasting experience. We take a look at two new tools, Beat the Brewmaster and The Palate Deck.

Beat the Brewmaster is a free app (Apple, Android) that allows players to analyse the beer they are drinking though each sensory experience: visual, aroma, mouthfeel, taste and aftertaste. The Brewmaster of the beer has answered each question and the players earn points based on their correct answers. Additionally, the app contains educational yet fun beer/brewing-related trivia that is geared towards every level of knowledge.

Founder, Chris Clarke, created the app after attending a major sensory project with First Key Consulting. He was inspired by the sensory experts and gained a greater appreciation for just how deep you could dive into a beer. This, along with a passion for technology, was the impetus behind Beat the Brewmaster.

In today’s competitive landscape, Chris wanted to develop a tool that would help breweries engage and educate their beer drinkers. There are a number of sites that rate beers however, the analysis is subjective. Involving the Brewmaster to provide the sensory evaluation is unique and helps break down the actual sensory components of the beer. Behind the scenes, the app is collecting valuable data for the breweries including how their beer drinkers have evaluated the beer.

“I see a lot of potential here. We put 14 of our core brands/seasonals up on Beat the Brewmaster. We’re excited to see our fans and craft beer enthusiasts engage with the beers they love to drink while enhancing their sensory skills. BTB will really help our fans understand more about each brand while enjoying every sip.” says Amanda Becklin at Odell Brewing Company.

So what’s the next step? Signing up more breweries, which is free, to allow players to take the sensory challenge with their favourite beers. They are also refining the analytics, based on brewery feedback, to be able to provide useful statistics for marketing and development.

Have you ever sipped a beer and couldn’t quite put your finger on what you were tasting? Or as a brewery owner, read or heard descriptors about your beer that were far from the actual flavour profile? This new tool can help casual drinkers and beer experts alike to pinpoint the various sensory characteristics present in their glass. The Palate Deck is a set of two x 54-card deck of playing cards that provide a starting point for learning more about the beer you are drinking. It creates a structure for conversation by allowing the cards to be a beer vocabulary cheat sheet. Each card has a beer descriptor such as hazy, sweet, vegetal, pungent, pepper, roasted and 102 other terms. Players consider the cards, discard the ones that don’t match, and talk about the ones they think might apply to the beer they are drinking. Each card also explains why that flavor or aroma might be present in the beer.

As a Certified CiceroneⓇ and BJCP-certified beer judge, creator Dave Shea recognized that outside of the great beer books and courses offered, there was a lack of beer tasting tools in the marketplace. Not everyone is going to commit to extended study so what if there was a way to casually learn more about beer while sipping through a flight? That was his goal for the Palate Deck. A casual tool for informed learning that allows you to play a round within 10 minutes and perhaps, you learn more about the beer and your tastes in the process.

The decks have been designed to be progressive where you could start with little/no tasting experience and quickly level up as you play more rounds and apply the cards to different beers. As you would imagine, the deck is portable and could easily be used in a bar or brewery tasting room. Along with the board games that many tasting rooms have, they could add a fun yet educational sensory tool to their shelves.

So where can you get a copy? Right now, it’s a Kickstarter ending on November 18. Assuming it becomes funded, the website will have online sales after the Kickstarter obligations have been fulfilled. Future plans include expansion sets, international sales and potentially, expanding the Palate Deck to other beverages and food.