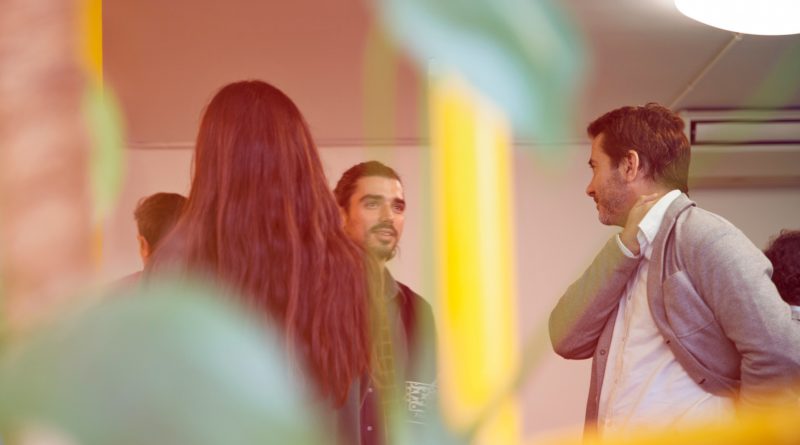 Networking in the brewing industry is an integral part of building your career, whether you’re actively job-hunting or merely looking to expand your community. Of course, even the most seasoned networker can sometimes feel nervous when faced with the prospect of cold-open mingling.

Our industry is a welcoming place, but sometimes we still need some tools to get over the worst of the awkwardness. To help, we’ve put together a list of our six favorite tips on staying suave while making your introductions.

1. Remember what networking is

If you struggle with networking, try this simple exercise before reading any further: write down what you think networking is.

Ready for the answer?

Networking is establishing new connections and relationships. That’s it: no more, and no less. Everything else — what you can do for people, what they can do for you — is undoubtedly important, but the initial networking step is purely about making connections.

You don’t need to feel like you’re asking for favors or wasting anybody’s time. Think of it like introducing yourself to coworkers, or the partner of your friend. Remember that they’re likely there to meet people too.

A lot of networking awkwardness stems from feeling as though you’re fumbling: trying to remember who works with which brewery, searching through your wallet for a business card, or struggling to remember what you wanted to ask someone.

Schedule time once a month to prepare for upcoming networking events. These can be as big as a convention or as small as a local meet-up; if you might meet new people from the brewing industry, consider it a chance for networking.

3. Lead the conversation to keep it alive

There are few things more likely to spike anxiety when networking than a conversation falling into awkward silence. To combat this, prepare yourself for the eventuality before it occurs with a mental list of questions to ask each person. (Statements stall conversations, while conversations create movement.)

Personalized questions are best, but you can reuse the same questions multiple times with different people. (One good standby for anyone currently employed is what beer they would suggest to someone who has never tried anything from their brewery.)

4. Take advantage of what’s on tap

While networking events in most industries offer some alcohol to let the conversation flow, our industry is even luckier. Not only will the beer on offer make socializing a little easier, but it also provides a close-to-hand conversation starter. Whether comparing notes or asking whether they know anyone at the brewery behind the beer, there’s a wide range of natural topics to help you break the ice.

If you’re sharing opinions on the beer, don’t be afraid to tell the truth, but avoid any real digs. You can be honest while remaining professional and friendly.

Consider who you would remember out of these two people:

b) A brewmaster who knows about ancient beer recipes

Unless our friends and family are also in the brewing industry, we often run the risk of boring them with our special interests. Although you don’t want to dominate the conversation, industry events are the perfect time to get a little geeky about your craft.

Before networking, select a few facts about something you’re interested in; the ideal nugget of information will only take a sentence or two to explain while sparking conversation. If your conversational partner also knows about the subject, don’t be afraid to turn into a student and ask them for their favorite facts.

Sometimes the best way to avoid embarrassment is to embrace and name it. Even the smoothest networker gets the jitters from time to time, and it’s very likely that whomever you’re speaking to is also wondering what to say next.

There is nothing wrong with breaking the silence by commenting on the inherent awkwardness of networking. If you’re at a loss for something to say, tell them! Networking is about making connections, and nobody wants to connect with a robot — they want to get to know a real person. So long as you avoid dwelling on any awkwardness, feel free to give it a quick tip of the cap.

If you’ve had to steel yourself to attend a networking event, it might seem like a relief to consider the whole thing done once you leave. Unfortunately, doing so runs the risk of undoing all your hard work. On the other hand, following up after events is far easier than the event itself.

The ideal post-meeting follow-up will be brief and friendly while touching again on any points you think were important. Personalizing is a good idea whenever possible, as a generic “it was great to meet you” message is unlikely to stick in their head. If you can’t put a face to the name on a card, search for them online to jog your memory.

Very few people feel entirely comfortable while networking, but there’s no reason to stay paralyzed by the fear of awkwardness. By preparing a little in advance, staying human in the moment, and connecting after the fact, you’ll go a long way towards expanding your network.