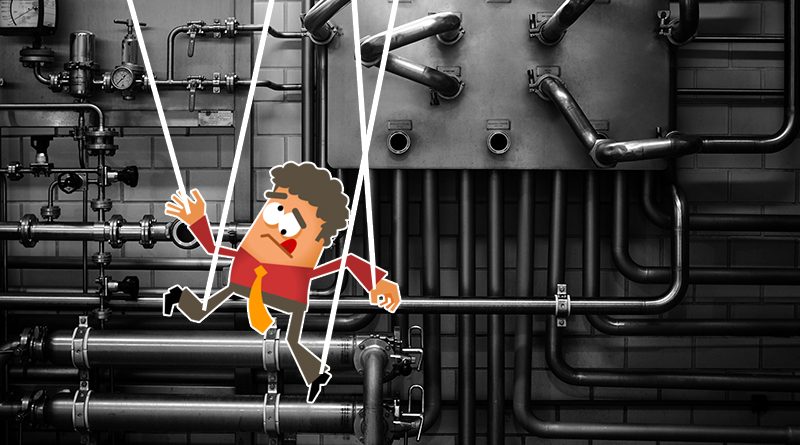 Managing a brewery team means balancing two different goals: leading them towards the brewery’s targets while supporting their needs. The best managers are able to encourage creativity and growth in a team which works smoothly and efficiently.

All too often, managers simplify this complex role by micromanaging. While this may appear to work well to begin with, it is unsustainable, discouraging for both manager and team, and allows no room for creativity or innovation.

Keep reading to learn more about the downsides of micromanaging, as well as steps you can take to avoid committing this common management error.

Why Is Micromanagement a Problem?

While there are few industries where micromanaging is a good idea, the brewing industry is particularly ill-suited to this style of management.

Brewing demands that a team be curious and creative while still adhering to hard work, science,  and safety. All of these puzzle pieces — including the latter three — require team members who are given free rein to use their own judgement. Micromanaging creates a situation where staff are merely an extension of their manager, subject to their manager’s own blind spots and limitations.

Teams who are micromanaged also suffer from serious morale problems. There are few people who enjoy being told how to spend every moment of their work day, let alone how to do the smallest details of their job. This can lead to a cycle of hiring excellent staff who won’t stay, damaging your brewery’s reputation in the process.

Managers who are too detail-oriented are also wasting their own potential. Micromanaging feels safe because it requires taking few risks and provides black-and-white answers to complex problems. Of course, those risks are what differentiates a poor manager from an excellent one. Watching the team so closely also takes immense amounts of time, all of which could be better spent elsewhere.

Some Signs of a Micromanager

Few people set out to be micromanagers, and many who arrive there are unaware of their own management style. Look for these red flags to help spot micromanaging in your brewery.

How to Avoid Micromanaging

Create a team you can trust

Beneath everything else, micromanaging is a statement of deep distrust. If you feel the need to direct every detail, check in constantly, and punish anyone who strays over the line, you’re saying over and over again that you trust your team far less than you trust yourself. Starting with the right people makes it easier for trust to weather the usual storms of brewery life.

Be aware of talents and limitations

Avoiding micromanaging doesn’t mean ignoring your team’s limitations, it just means balancing that with an active awareness of their talents. Organize your management around maximizing those talents and minimizing the limitations: make it difficult for your team to fail.

Micromanagement is also about enforcing a hierarchy: management gives orders and feedback, and staff do as they’re told. Keeping the lines of communication open in both directions provides a bulwark against micromanagement, increases morale, and improves the productivity of both management and staff.

If you’re always waiting for a member of your team to slip up, you’ll inevitably catch something. Sometimes that might be a serious mistake, but most of the time it will be the harmless product of your own negative expectations. Part of trusting your team is asking yourself what you can do to help them improve, rather than focusing on the inevitability of them failing.

Management will always be offset from the rest of their team: it’s a function of the role, and an important distinction. However, creating opportunities for the whole team to relax together — a monthly after-work drink, or a summer barbeque — can prevent that separation from curdling into an ‘us versus them’ mentality.

Focus on culture, not details

Periods of brewery growth make it easy to fall into the trap of micromanaging offsite locations, whether that’s a secondary location or a satellite brewpub. Avoid this temptation by following our guidelines on preserving your brewery’s culture.

Focus on outcomes, not processes

Instead of focusing on the details, keep an eye on the big picture by being clear about the brewery’s goals and expectations for each team member. An experienced brewery employee shouldn’t need their tasks broken down for them daily, but instead should work as part of a coherent team moving together towards a goal.

Differentiate between real issues and non-issues

Micromanagers are just as likely to correct staff for having the wrong color of laces as not wearing closed-toe shoes in the brewery. One of these is a real problem, the other is not, and focusing equally on both can create serious confusion around important issues. However, entrenched micromanagers can sometimes struggle to make this distinction. In these cases, judgement from other staff members can be invaluable.

Maintaining trust throughout your team is an ongoing project. If you’re stuck in a top-down management style, the slow slide towards micromanagement becomes inevitable. This can be halted by letting your team surprise you — by attending a conference and bringing back new knowledge, or by offering their own ideas — and engage with you.

If you have hired the right people, you’ve created a talented and passionate team. Don’t squander that potential by focusing on unimportant details and missing the big picture.